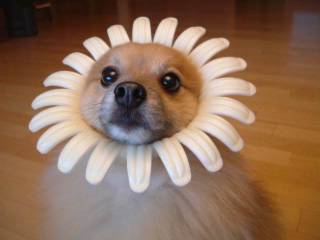 * Phew * What a relief the day is over. Today has been like an emotional rollercoaster (but its been happening a lot – so I guess it is expected) but today was the MAJOR twistery type which has the potential to make you hurl and wish you had never sat on the damn thing in the first place.

Right… what happened? Well the day started of well and I went for tutorials and was just thinking that I could take the 3 odd hours left to go blog something and reply those emails when… TAP! TAP! went the window of the little office we were sitting in. Thr door opens and W pokes his head and says…

“Oh… uhhh” (he stammers and shifts from right foot to left foot)
“Urmmm… uhhh… you are Barred from Social Psych!”

At this point I wanted to just smack him but then when I heard that my heart stopped beating for awhile as the words sunk in. BARRED! I am barred… All the while as the thoughts sank in my mind, W was going on and on about how he had sent it and he said the Stamford server was down and I must have not got it and etc.
F%&# couldn’t he have called to make sure I knew?

W proceeds to tell me that I can appeal. I have to get “valid” documentation before 2pm (time of my paper!) and then I can sit for the bloody paper. So I start panicking cos I obviously don’t have any documentation. So I go online and try to find AWAM’s number as I skipped one class to go for that camp last month so I thought they could email me something as proof… instead I came upon my first Angel… G. G said he would come and pick me up and send me home so I could search for “valid” documentation. So, home I went.

At home I hastily searched for something and found nothing (Story of my life!) … just an agenda for the day which was the only thing I had. So I proceeded to type a letter of appeal (at this point I was still scared – my folks would kill me if they knew I was barred!). While I was typing and cracking my head for something decent to right, I spoke to Tiny on MSN. He was so consoling and kind, reminding me that the sun would shine again and everything would be over in the end.

The Possum than called and I proceeded to tell him the news, whilst hysterically typing. He asked me to send him the finished letter (he is good with formal letters!) and he checked it and then emailed it back to me with the amendments. He then gave me some advice, wished me luck and gave me some kisses to sustain me on the journey.

At college, I rushed up to the office only to see Thomas there. I had tried calling Thomas as he knew about appeals and the like having been doing it since his first sem. He asked me what I was doing there and I said I got barred. He had a jolly laugh about it all the while saying “You got barred! OH my gawd!” I proceeded to give the letter to the person in charge and waited for the verdict. She came out with the letters in the hand and said

“This things are not valid enough. Cannotlah!”

My heart stopped again… I looked as if I wanted to cry… I could feel the freaking tears welling up behind my eyelids. She must have seen that look, and then hastily said… “Kiddinglah! You can sit for your exam!” I felt relived and yet tired at the same time. But really THANK GOD… it was ok. I took the exam and finished it and met Thomas for a drink. We went to Starbucks and had a good long chat. After that, I went to TIMES bookshop and I bought 3 books. * Shakes head * I know… I tried… but they were on 25% off. That’s like huge! Anyways, yeah… so I went home and felt relieved.

The rest of the day saw me trying to finish my assignments though some really uncooperative people are making it really hard for me to do so. (blasted people really!) So, I had to think up new ways to do my work which is not easy as something’s cannot be faked and etc. Hard to explainlah! Anyways, went to the Possums house later in the night and watched “Guess Who!” and played Zuma. I LOVE the game.

Anyways, its like 2.39am and I have yet to start on my work. Tomorrow is going to be a long day. To the Angels of today, G, Tiny, Possum and Thomas… thank you all for all the help you have given me. Without you guys, it would have been a shittier more horrible day. *Hugs* Thanks again...