I just had a craving but since I can't get a hold of one
right now, some pics of my favourite flavors will
have to do *smiles smiles*
Thank you God for ice cream and for
delicious Baskin Robbins ice cream.

Dreamed up by *Dream Weaver* at 9:26:00 AM 0 whispers
This post is about: Baskin Robbins, ice cream

H&C will be at the May FUYOH Art Bazaar!

This Sunday I will be at Publika again for the
FUYOH Art Bazaar (FAB)!
I don't have much to prepare as my new
shipment of items has sadly not arrived yet *sniff*
but hopefully it arrives soon.
Will be participating in a new bazaar the following week.
More details soon.

In the mean time, do drop by to checkout my
washi tape, embellishments, stickers and the like.
Oh yes, and don't forget to "LIKE" Hearts & Crafts.

Dreamed up by *Dream Weaver* at 3:13:00 AM 0 whispers
This post is about: FUYOH Art Bazaar, handmade, stickers, washi tape 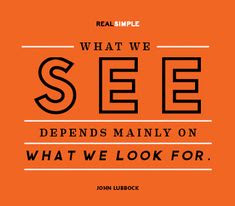 A blur. That's how I would describe these last few weeks and months. The days do blend into another that at times I forget days and weeks and mix up things...or perhaps its my memory acting up on me! Regardless if it is my poor memory or time just moving unnaturally fast for my liking, I am just trying to be on top of things at work, for Hearts & Crafts and watching my TV series and reading my books {I know, I know, that shouldn't be on the list but it is!}. I find myself giving attention to work and then I neglect either my hobbies or Hearts & Crafts *sniff sniff* I do pray that I had more time a day or more like I have the will to follow through whatever plans I have made for the day - 'cos sometimes I get distracted with things.

Anyways, so many plans are being made, so many new activities at the office all of a sudden, and there also some changes in my life. So many things I would like to write down, so many things I would like to share... but time, oh time and procrastination and unfriendly blogger - all working against me and yes, I do also work against myself sometimes *snickers* Well just wanted to write a quick post to let whoever still reads this blog know that everything is okay and that I am alive and kicking {or zumba-ing! - am trying this}.

Till the next time I write. Oh how I miss you my
Little Piece of Heaven ~ my place of interweb comfort.

Dreamed up by *Dream Weaver* at 10:46:00 PM 0 whispers
This post is about: Thoughts and Musings

Perhaps it is not the time for 'ubah'...

There is a blue stain on my left index finger with apparently indelible ink smeared on it. Most of it has come off though there is a ring of dark blue around my nail that refuses to budge, but I will leave it there as a reminder of today. For today, the 5th of May 2013, was a day that the people came together to vote for change in our country Malaysia through our 13th General Election (13GE). Today is also the day that I write about my thoughts about my country and the 13GE on this Little Piece of Happy Heaven because this is important for me and I want to remember this feeling.

I have never been keen on politics, indeed I am ashamed to say that I did not vote in the last election nor bothered to know the names of the ministers and the goings on in parliament and such mainly because I grew up in a my own world one which consisted on a diet of happy ever afters, happiness and trivial things. But over the past few years since the last election, that little world I had so carefully constructed around myself started chipping away and I was confronted with dirty politics, dishonesty, corruption, nepotism and the like. I always thought that my vote wouldn't matter... after all what is one vote. I stand corrected. My one vote does count. My voice does matter.

In the weeks and days leading up to the 13GE, it seemed that more people began to realise that their voice mattered too and this was evident when we saw the masses congregate at rallies and those come out to vote. They started voting at dawn, some came later and stood in the morning sun and then there were those that braved the rain in the afternoon to cast their vote. Then there were some who hunted those phantom voters and who fought for clean elections.

For me, I stood in the park near my childhood home in the sunlight and surrounded by so many of my high school friends and neighbours. All of us came back to 'hood' to cast our vote to be heard and my heart soared just like it did when I attended a gathering by the opposition and heard them speak and saw people of all races and religions and educational background come together sharing umbrellas in the evening rain and all eager to see change happen. "Inikalilah!" "Ubah". This is the time! Change!

And now hours after voting, many Malaysians sit glued to their tvs, ipads, phones and computers getting live feed of the fate of our nation. Sadly, the opposition doesn't seem to be having a lead though there are many seats that have been won and defended. I can't help but feel sick when I read about the phantom voters, the strange ballot boxes that appeared from Heaven only knows where, and the sinking realisation that we may very well be stuck with a government that we do not want.

My heart is heavy as are the hearts of so many in our city and surrounding areas. The final figures have yet to be tallied and I have yet to switch on the telly for the latest updates but whatever it is, we have changed our profile and cover pictures to black because it is black night for us - blackout!

Yet in the midst of our sorrow over what I feel is the lost of our country {and I can feel the sorrow of the opposition and volunteers who worked so hard}, I choose to believe that God has a plan for all of us, for our dear country Malaysia regardless of who wins. Indeed He has opened my eyes to see the unity that can and HAS happened when we believe in a cause and stand up together. Let us all try our best not to loose heart over what has happened but to see how best we can help in shaping our nation. Out of despair will rise a new people, new voices, new visions. We are hungry for justice, we are hungry for fairness and transparency, we are hungry for a true 1 Malaysia.

Merdeka for our country? I don't think Malaysian's truly understand what it is like to be free. Perhaps one day we will all know what it truly means and will be able to taste that sweetness of a true Merdeka, a true Independence,  true freedom.